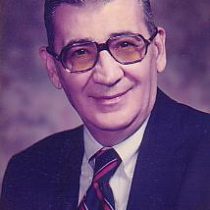 Dr. Joseph R. Palladino, 79, of Holliston, died Saturday, March 3, 2007. Born in Framingham, he was the son of the late Brigida (DeVito) and Michael Palladino.

A veteran of both the Navy and Army he was a Holliston resident for 47 years and member of St. Mary?s Church, Joseph was a 1951 graduate from Bridgewater State with a Bachelors in Science, 1955 graduate from Boston University with a Master in Education, and a 1961 graduate from Boston University with his doctorate in Education in 1961. He was a teacher and principal at Woodrow Wilson School in Framingham. He was also a Dean of Graduate and Continuing Education at Framingham State College for 34 years and retired Dean Emeritus. He had initiated many programs at Framingham State College and was the chairman of several education committees pertaining to graduate studies. He was also a past member of the Framingham Rotary Club, enjoyed traveling, gardening and being with his family.

Visitation will take place on Tuesday, March 6, 2007 from 4:00-7:00 p.m. at the Chesmore Funeral Home of Holliston, 854 Washington St. (RT. 16) www.ChesmoreFuneralHome.com A mass of Christian burial will be celebrated on Wednesday, March 7,at 10:00 a.m. at St. Mary’s Church in Holliston. Burial will follow at the National Cemetery in Bourne, MA. In lieu of flowers, donations may be made in his memory to the National Kidney Foundation of Massachusetts 85 Astor Ave. Norwood, MA 02062