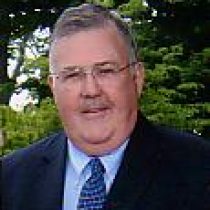 Dr. James G. BOYD Jr., 65, of Ashland, formerly a longtime resident of Sherborn, passed away November 26, 2007. Jim was surrounded by his family throughout a courageous battle with cancer. He was the son of the late James G. and Mary (Pfeifer) Boyd and beloved husband of Patricia L. Boyd. Cherished father of James and his wife Jennifer of Newton, MA, Patricia and her husband Mark of Encinitas, CA, Kirsten of West Roxbury, MA, and Eric and his wife Natalie of Newton, MA. Brother of Dr. Jeanne Boyd, Dr. Robert Boyd, Dr. Richard Boyd, Mr. John Boyd and Dr. Kenneth Boyd. Jim is also survived by many dear friends, nieces, nephews and grandchildren.

Jim was a graduate of Boston University and The George Washington University School of Medicine, and was an orthopedic surgeon for 31 years. As an active member of the Milford Medical Center, Jim was the former Chief of Surgery, President of the Medical Staff and one of the founding members of GMHA. Jim was also a member of the AMA, Massachusetts Medical Society, Massachusetts Orthopedic Association and the New England Orthopedic Society.

On November 26, 2007, Dr. James G. Boyd, Jr., formerly of Sherborn passed
away after a courageous 18-month battle with cancer. Jim and his wife,
Patricia, moved to Sherborn in 1975 where they resided on Harrington Ridge
Road until 2005.

Jim was a graduate of Worcester Academy, Boston University and The George
Washington University School of Medicine. After completing his
post-graduate medical studies, Jim and his wife, Patricia, moved to Los
Angeles, California where Jim completed an internship at the Hospital of
the Good Samaritan. While in Los Angeles, they became the proud parents of
their first of four children, James M. Boyd.

Upon relocating back to Massachusetts, Jim completed his surgical and
orthopedic residencies at the Boston University Affiliated Hospital
Surgical Program and the Carney Hospital, both in Boston, Massachusetts.
Jim served as a Captain in the United States Army Reserve during The
Vietnam War and practiced for 31 years as an orthopedic surgeon in
Milford, Massachusetts prior to his retirement in October 2005.

As an active member of the Milford Medical Center, Jim was the former
Chief of Surgery, Chairman of the Medical Executive Committee, President
and Vice President of the Medical Staff and one of the founding members of
Greater Milford Health Alliance. Jim also served the Massachusetts Medical
Society as a Councilor and past President of the South Middlesex District.
Jim was a member of the American Medical Association, Massachusetts
Orthopedic Association, the New England Orthopedic Society and the Boston
Orthopedic Club.

As a devoted resident in the Town of Sherborn, Jim was a Cub Master for
Pack 10 of the Sherborn Cub Scouts and a past President of the Friends of
Music for the Dover-Sherborn High School.

Family and friends gathered on November 30, 2007 for funeral services in
honor of Jim at St. Mary’s Church in Holliston, Massachusetts where Jim
was a loyal parishioner. A private family burial followed at the Pine Hill
Cemetery in Sherborn, Massachusetts where Jim was dually honored by The
United States Army in recognition of his years as an Army Reservist.

The Boyd Family would like to thank the residents in the Town’s of Dover
and Sherborn for all of the thoughts, prayers and kind gestures during
this very difficult time.