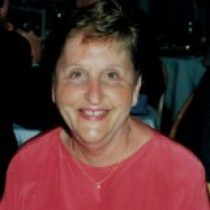 Dorothy enjoyed traveling with her husband John and spending time with her family, especially her grandchildren.

Visitation will be held on Monday, December 28th from 5-8p.m. at the Chesmore Funeral Home of Holliston, 854 Washington St. www.ChesmoreFuneralHome.com A funeral mass will be celebrated on Tuesday, December 29th at 11:00a.m. at St. Mary’s Church of Holliston. Burial will follow at Edgell Grove Cemetery in Framingham. In lieu of flowers, donations may be made to the Salvation Army, salvationarmyusa.org