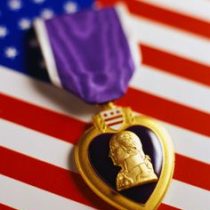 Donald R. Bolin, 90, of Holliston, passed away Tuesday, February 14, 2017. Born in Milford, he was the son of the late Sigfred and Isabelle Bolin. He was the beloved husband of 69 years to Evelyn (Lang) Bolin of Holliston.

Donald was a 1946 graduate of Milford High School. He attended Amherst Agricultural School and Worcester Trade School. Donald was a WWII Purple Heart Veteran, having served with the 10th Army in Okinawa. Donald is a member of the First Congregational Church of Holliston, the VFW, American Legion, and a 50 year member of Evergreen Lodge of Odd Fellows, formerly in Holliston. In his younger days, he was active in Boy Scouts and Junior Rifle Club.

Besides his wife, Donald is survived by his son, David R. Bolin of Wildwood Crest, NJ, his daughter, Sandra MacLeod and her husband James of Hudson, NH; his brother, Robert Bolin and his wife Shirley of Costa Mesa, CA; four grandchildren, Donald R. Bolin of San Francisco, Lauren Weldon and her husband Richard of Hooksett, NH, Heather MacLeod of Boston, and Steven MacLeod of Hudson, NH. He also leaves behind two great-granddaughters, Ava and Emma Weldon of Hooksett, NH, as well as many nephews, nieces and cousins.

Visitation will be held on Saturday, February 18th from 9:00-11:00a.m. at the Chesmore Funeral Home of Holliston, 854 Washington St. www.ChesmoreFuneralHome.com A funeral service will follow visitation in the funeral home at 11:00a.m. Burial will follow in Lake Grove Cemetery, Holliston. In lieu of flowers, donations may be made to the Holliston Pantry Shelf, 23 Water St. Holliston, MA 01746