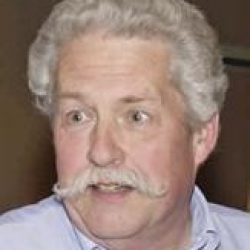 Donald L. Clark, 76, of Holliston, passed away Sunday, July 12, 2020 at MetroWest Medical Center in Framingham, after a period of declining health.  Born in Wilmington, Delaware he was the son of the late Frances (Livingston) and Edwin H. Clark III. He was the husband of 53 years to Joan (Lefler) Clark of Holliston.

In addition to his wife, Don is survived by his children, Nicolas Clark of Holliston and Cristina Clark O’Keefe and her husband, Shaun, of Enfield, CT.

Don was a graduate of the University of Delaware. Prior to his retirement, he worked as an electrical engineer at General Dynamics. After settling in Holliston in 1969, he served on the Conservation Commission and as an Assistant Scout Master. Later, after Nicolas and Cristina arrived, he focused on woodworking, photography and home videos. He particularly enjoyed the family vacations in VT.  In retirement, he volunteered at the Greyhound Friends and supported his family’s various fundraising activities.

A memorial service will be held at a later date and is under the care of the Chesmore Funeral Home of Holliston, www.ChesmoreFuneralHome.com .In lieu of flowers, donations in Don’s name may be made to the charity of one’s’ choice.