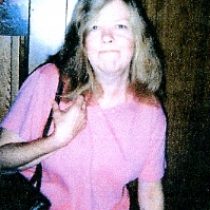 Debbie grew up in Holliston, Massachusetts, the daughter of Milton Burke and Lila Burke. She attended Holliston High School and later graduated from Framingham Union School of Nursing as a registered nurse. While raising her children, Debbie worked as a nurse for over thirty years and devoted her practice to in-home care for patients across Massachusetts and Rhode Island.

Despite working hard, Debbie found ways to enjoy life with her loved ones. She made many visits to Cape Cod for vacations, loved music and attending live shows. Her love also extended to animals, having almost consistently owned pets her entire life.

Always humble, Debbie had many talents she would often dismiss. She had a dry wit and often surprised people with a clever joke or observation. She was a brilliant illustrator, had a lovely singing voice, and even knew how to build transmissions- a skill taught by her father. Her biggest and most admirable gift, arguably, was her ability to love and care so genuinely about the people in her life.

Debbie retired from nursing in May 2016 and realized her dream of moving to Florida with her husband. There she spent her remaining months at the beach, watching rocket launches and fishing with friends.

Debbie dedicated her life to caring for others – her children, friends, family, and patients. She will be remembered most for her enormous heart and spirit. She will be sorely missed by so many of the lives she has touched.

Visitation will be held from 9-10a.m. on Saturday, November 5th at the Chesmore Funeral Home of Holliston, 854 Washington St. A funeral service will follow at 10:00a.m. in the funeral home, followed by a gathering at Lake Grove Cemetery.

Those planning an expression of sympathy are asked to consider a contribution to one of the following non-profit animal shelters: A Helping Paw, P.O. Box 387, Buzzards Bay, MA 02532 or Baypath Humane Society of Hopkinton, 5 Rafferty Rd. Hopkinton, MA 01748. To leave a message of condolence for the family, please visit, www.ChesmoreFuneralHome.com