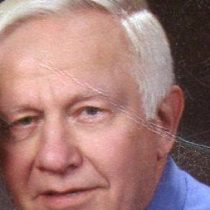 David F. Adelman, 78, of Hopkinton, passed away Friday, February 14, 2020. Born in Queens, New York, he was the son of the late Edith (Lindholm) and John F. Adelman. He was the husband of 23 years to Karen (Temple) Adelman of Hopkinton.

An Army Veteran of the Korean War, David met his wife, Karen at Prime Computer where they both worked and have been together for 30 years. He enjoyed woodworking and computers. David was a member of the Upton Historical Society for many years.

Private family services will be held. Arrangements are under the care of the Chesmore Funeral Home of Hopkinton, www.ChesmoreFuneralHome.com In lieu of flowers, donations may be made to the American Legion, legion.org or to Upton Historical Society, PO Box 171, Upton, MA 01568 or Upton Grange 26 School St. Upton, MA 01568.