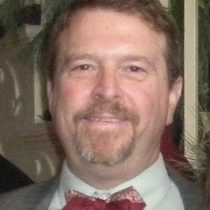 Daniel Mades, Lieutenant Commander in the United States Coast Guard (Retired), passed away peacefully in his home at the age of 63 on January 18th, 2019 after a long fight with esophageal cancer. Orphaned at the age of four after a plane crash claimed the lives of his parents, Richard Mades and Mary-Louisa (Rees) Mades, he was lovingly adopted and raised by his aunt and uncle, Marylin (Braverman) Mades and the late Robert Mades.

Daniel served for 26 years, first as an enlisted man and going on to graduate at the top of his class in Officer Candidate school.  His commissioning ceremony held aboard the USS Constitution, a rare honor, Daniel spent much of his career working with maritime organizations in the Americas and Europe to modernize international navigation standards for the computer age. After retiring from active duty in 2007, he continued to serve by working for the Veteran’s Administration as Deputy director of Rural Health.

He leaves behind a loving family: his wife of 25 years Laura (Lattanzi) Mades, their 3 children Andrew, Emma, and Rhys, his mother Marilyn and her partner, Burton Silberstein, and 3 siblings Rebecca Mades, Richard Mades, and Mara Mades; along with many cousins, nieces, nephews, and friends from nearby and all over the world.