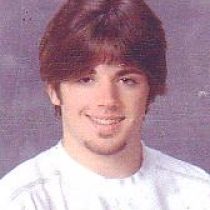 Ashland-
Cori Arthur Sheahan, 18, of Holliston, died Friday, April 13, 2007 from injuries sustained in an auto accident in Ashland. Born in Framingham, he was the son of Wendi (Giangrasso) Reddy of Ashland and Arthur Sheahan of Framingham.

Moving to Ashland just two months ago, Cori was a senior at the Holliston High School, he was popular, well liked, polite, generous and had a great smile. He had been a member of the wrestling team at the school as well as a member of the Chorus. He received honors at school, loved music and was creative. He was recently accepted to Johnson and Wales University where he planned to pursue a culinary career. He was a great cook and enjoyed cooking for family and friends. He is predeceased by his stepfather Joe Reddy who passed away in January of 2004.

Besides his father, his mother and her partner Dennis and grandparents, he is survived by 1 sister, Tehya Reddy, his grandparents, Doris Sheahan of Framingham, and Pat and Sue Giangrasso of South Carolina. On his mother’s side of the family, he leaves aunts and uncles, Lori and her husband George, Dale and her husband Sean, and Vicki, 6 cousins, Ryan, Brenna, Kyle, Devin, Catlin, and Allison. On his father’s side he leaves his aunts and uncles, Diane and her husband Chuck, Susan and her husband Eddie, and Sandra and her husband Dana, 5 cousins, Chris, Shannon, Lindsey, Amber, and Rebecca.
He also leaves his members of his extended family, Mike, Erica, Erin, Josh, and Liana Nagle, and Mary, Paul Tony, Joey, and Christopher Iodices, as well as many close friends.