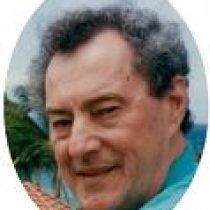 A longtime Holliston resident, Clayton was a veteran of the Army and worked for the IBEW local # 103 for over 30 years. He was a member of Columbus Hall in Framingham, the Dominators Street Rod Club, and an usher and member of St. Mary’s Church. He enjoyed target sports such as archery shooting and pistols. Clayton also enjoyed rebuilding sports and antique cars as well as skiing. He was a loving father and grandfather.

Visitation will be held on Monday, January 4, 2010 from 4-8p.m. at the Chesmore Funeral Home of Holliston, 854 Washington St. (Rt. 16). www.ChesmoreFuneralHome.com A funeral mass will take place at 10:30a.m. on Tuesday at St. Mary’s Church of Holliston. Burial will follow in the parish cemetery. In lieu of flowers, donations may be made to The Michael J. Fox Foundation for Parkinson’s Research Church Street Station P.O. Box 780 New York, NY 10008