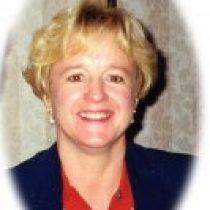 Christine Bennett Morse, of Meredith Center, N.H., died on June 14 at Dartmouth Hitchcock Medical Center in Lebanon, NH after a brief illness. She was 61.

She was a resident of the Meredith area for 15 years. The antique farm house in which she lived with her husband, Edward J. Morse, became a nucleus for family gatherings, earning the 10-acre property its nicknames of “Camp Christine” and “The Menagerie” for its favor among her niece, nephews; and step grandchildren.

Always an energetic, adventurous soul despite being diagnosed with diabetes at age 9, Christine was ever at the forefront of family outings, whether on skis, riding snowmobiles, all-terrain vehicles, or taking boats out on the waves of Lake Winnipesaukee. But it was not just the younger generation that thrived on her love for her family and the tenacious spirit that grew from a life seeking joy despite having to face adversity. Nothing gave her greater satisfaction than caring for her ailing father, Robert J. Bennett, during the last few years of his life. He predeceased her in 2013.

Her love and care giving also extended to a long succession of family pet dogs, some of which had significant, difficult-to-manage health problems.

Christine was born in Boston, MA, on Nov. 1, 1952. In 1954, the family moved to Bangor, Maine. She graduated from Hampden (Maine) Academy in 1970, and Mount Saint Mary College, Hooksett, NH, in 1975. She graduated from Newton-Wellesley School of Nursing in 1983, the year she and Edward were married. In 1995 she earned a Master’s Degree in Counseling from Cambridge College.

Christine and Ed became residents of the Meredith area, moving there from Holliston, MA after Ed retired from his career with General Motors in Framingham, MA.
Christine was also predeceased by her mother, Margaret J. Bennett in 2011, and a brother-in-law, Charles Ferris, in 2006.

Survivors include her husband, Edward Morse, of Meredith Center; a sister, Mary Ann Ferris of Londonderry, NH; a brother, Robert D. Bennett of Bangor, ME; step-daughters Lisa McGrath and Dawn Canestrari; a niece and three nephews and four step-grandchildren..