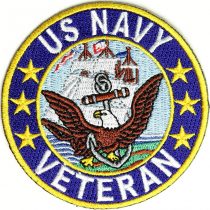 Chet was president and chairman of 11 associations throughout his life. Co-founding ReachOut, Inc.,a health education and substance prevention program.

Chet’s Zenith was developing the concept of a first of its kind in the nation public health Museum. He worked for 25 years saving materials and artifacts, with the museum residing at the historic Tewksbury Hospital.

A celebration of life will be announced in the future. In lieu of flowers, donations may be given to the Public Health museum at 365 East St.,Tewksbury, MA.,01876 PMH.org