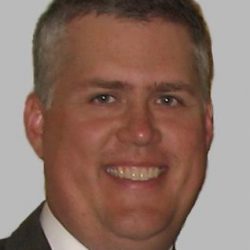 Charles James “Jamie” Duross Jr., 55, of Holliston, formerly of Needham and Weymouth, passed away on Thursday, August 26th following a battle with cancer. Born in Boston and raised in Needham, he was the son of the late Anne J. (Hoey) and Charles James Duross. He was the husband of 19 years to Lindsy (Sheridan) Duross of Holliston.

Jamie was a 1984 graduate of Needham High School and received his Bachelor’s degree from Wentworth Institute of Technology in Boston. He served in the US Army Reserve from 1986 to 1994. He most recently worked for the City of Framingham in Technology Services as the Public Safety Systems Director. He enjoyed coaching for the Holliston Youth Football program and also coached with the Jr. Rifle Club at Riverside in Hudson, MA.

Besides his wife, he is survived by his three children, Charles James “CJ” Duross of San Diego, CA, John “Jack” Duross and Liam Duross both of Holliston. He also leaves behind two siblings, William Duross and his wife, Monique of Marlborough and AnneMarie Sharp and her husband, Eric of Natick; as well as many nieces and nephews. He is predeceased by his first wife, Karen A (Mandile) Duross who passed away in 1999.

His family would like to thank the wonderful staff at Newton Wellesley Hospital and Rose Monahan Hospice Home in Worcester who cared for him through his battle with cancer.

Visitation will be held on Monday, August 30th from 4:00-8:00 p.m. at the Chesmore Funeral Home of Holliston, 854 Washington St. www.ChesmoreFuneralHome. A funeral mass will be celebrated on Tuesday, August 31st at 11:00 a.m. at Saint Mary’s Church of Holliston. Burial will follow in Lakeview Cemetery in Weymouth. A Celebration of Life will be held Saturday, September 4th  from 1-4 in the outdoor space at Mazi, 20 Pond St. Ashland. MA 01760

In lieu of flowers, donations in Jamie’s memory may be made to Holliston Youth Football, PO Box 5568, Holliston, MA 01746.