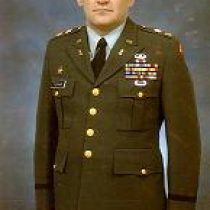 As a devout Catholic he often taught bible studies at prisons and
churches. Another passion of his was sports, He was an avid fan of
Syracuse Univesity sports, the New England Patriots, and was a Boston Red
Sox convert.

He moved to Boston to marry the love of his life Mary Bennett. Together
they were blessed with 2 children Charley and Chrissie. His family
includes 10 nephews and nieces will surely miss ‘Uncle Binky’. His
siblings love him and will continue to do so, they include George Jr of
Santa Rosa, Ca; Bill (Fireball) of Dewitt; Marjorie of Austin, Tx; John of
Portland, Me; Bernie of Pittsburg, Pa; and Jennie of Syracuse. He was
always the life of our parties. He was infamous for his wit and joke
telling ability.

His family will celebrate his life in a local memorial service in St.
Teresa’s Church at a date to be annouced shortly. Although he lived afar,
his heart always and often brought him home to Syracuse. In lue of
flowers contributions can be made to charities of your choice