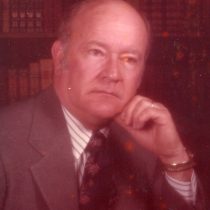 Charles was retired from the Boston Edison Company, a career he enjoyed and took pleasure in talking about during his retirement years. He wintered with his beloved wife Jean at their home in Florida, where he became a member of the Pinebrook Ironwood Golf Club. Charles enjoyed time spent with family, especially his wife. They loved to travel, especially taking cruises.

Besides his wife, Charles is survived by his children, Charles F. Maguire III and his wife Jane of Franklin, Catherine M. Pereira of Wareham and her late husband Kenneth, Nancy Ann Bemis and her husband Thomas of Merrimack, NH, and John Edward Maguire and his wife Nancy of Norfolk. He also leaves behind his grandchildren, Catherine (Maguire) Flannery and her husband Scott, Tom Bemis, Jack Pereira, Meghan Maguire, Brenna Maguire, Hannah Robinson, Peter Robinson; and two great-grandchildren, Megan and Ryan Flannery.

Visitation will be held on Wednesday, June 28th from 4:00-7:00p.m. at the Chesmore Funeral Home of Holliston, 854 Washington St. www.ChesmoreFuneralHome.com A funeral mass will be celebrated on Thursday, June 29th at 11:00a.m. at St. Mary’s Church of Holliston. Burial will follow in the parish cemetery. In lieu of flowers, donations may be made in Charles’ name to an organization of one’s choice.