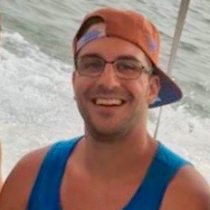 Burial to be held at a later date

Born in Natick, MA, he is a son of Charles E. Sr., and Marie B. (Zambarano) Kadlik.  He was a graduate of Holliston High School Class of 2004 and also graduated from MassBay Community College with an associate’s degree.

Chuckie was an avid hockey and lacrosse player.  He also enjoyed snowboarding, watching movies, working out at the gym and especially spending time at the family beach house in Plymouth.

In addition to his parents, he is survived by his siblings, Robert “Bobby” Kadlik of Watertown, MA, and Julie Kadlik and her fiancé, Robert Straight, of Holliston; his maternal grandfather, Paul Zambarano and his wife, Patricia, of Plymouth, maternal step grandfather, Richard Perry and his wife, Roberta, of Natick; and many aunts, uncles, and cousins.

He is predeceased by his paternal grandparents; John “Jack” and Barbara Kadlik; his maternal grandmother, Winona “Nonie” Perry; his cousin, Shane MacGregor Kearns; and his great uncle, David Muise.

His funeral Mass will be celebrated on Thursday, January 25, at 11:00 A.M. in St. Mary’s Church, 8 Church Street, Holliston.  Burial will be held at a later date.  Visitation will be held on Wednesday, January 24, from 4:00–8:00 P.M. in the Chesmore Funeral Home of Holliston, 854 Washington Street. www.ChesmoreFuneralHome.com

In lieu of flowers, donations in his memory may be sent to the Gavin Foundation, 675 East 4th St., PO Box E-15, South Boston, MA 02127 ATTN: Development Department or www.gavinfoundation.org/donate