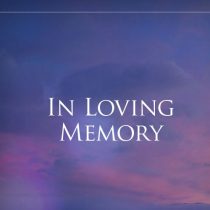 Memorial Service to be announced at a later date

Catherine E. (Pitman) Spurr passed away peacefully on Friday, January 19, 2018, at Milford Regional Medical Center surrounded by her loving family. She was 85. Mrs. Spurr was born on September 9, 1932 in Brighton, MA and grew up in Watertown. She graduated from Watertown High School in 1950.

She married Roderick B. Spurr on June 1, 1957 at Grace Episcopal Church in Newton, MA. He was the love of her life and they spent 48 happy years together. He preceded her in death in 2005. In 1965, they purchased their first house together in Holliston, where they raised their family and both lived until their deaths.

Catherine, known affectionately to her family and friends as Kitty, was a gifted musician who shared her wonderful talents by singing in church choirs and as a pianist and organist in several parishes over the years.

After the passing of her husband, who she had met as a teenager and was truly her soulmate, she found consolation and purpose by honoring him and sharing their mutual love for music by volunteering twice a week at the VA Hospital in Brockton. She played patriotic songs and other old favorites for the patients’ enjoyment on the grand piano she had purchased and donated to the hospital in his memory. She was also an avid Scrabble player, loved doing puzzles, and was a huge fan of chocolate.

Private arrangements for a memorial service will be announced at a later date. In lieu of flowers, the family requests that memorial contributions may be made in her name to Milford Regional Healthcare Foundation, 14 Prospect Street, Milford, MA 01757. Arrangements are under the care of the Chesmore Funeral Home of Holliston, www.ChesmoreFuneralHome.com