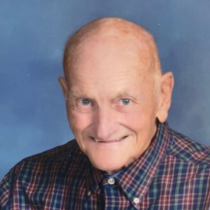 A memorial service will be held at a later date

Carleton Clark Comins, age 91, of Ashland, formerly long-time resident of Sherborn, passed away peacefully on Saturday, December 4, 2021. Survived by his beloved wife of over 68 years, Marilyn (Davis); his son Craig and his wife, Michelle of Canton, MA; his granddaughters, Carly and her husband, Simeon Fromberg of Owing Mills, MD, and Caroline of Bridgton, ME; and his great granddaughter Mozelle Bee Fromberg. Predeceased by his parents, Edward Irving Comins and Dorothy (Rice) Comins, and his siblings, Priscilla Comins Craig and Edward Irving Comins, Jr.

Carl grew up in Worcester, MA, attended Deerfield Academy and graduated with a BSEE from Worcester Polytechnic Institute (WPI) in 1953. While growing up he became an expert fisherman at the family camp on Big Alum Lake in Fiskdale, MA. He enlisted in the U.S. Army and completed his service as a member of the Army Band, playing Sousaphone, stationed at both Fort Dix and Fort Eustis. Upon discharge, he found his way to the Foxboro Company where he would work for the next 30+ years, retiring in 1989. In his retirement, he made time for his many avocations, most notably gardening. He once won an award for growing a 20ft tall sunflower. He reveled in his dog training ability, especially getting them to say their prayers, and was also known to pull a quarter out of many a child’s ear.  In later years, he enjoyed making, framing and gifting puzzles to family and friends of their favorite subjects.

A memorial service will be held at a later date to be determined.  In lieu of flowers, please send donations to Pilgrim Church, 25 S. Main Street, Sherborn, MA 01770, or pilgrimsherborn.org. Arrangements are under the care of the Chesmore Funeral Home of Holliston.