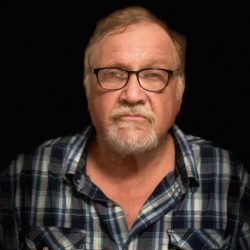 Brian A. Hendrickson, 73, of Milford, passed away unexpectedly as the result of an automobile accident on Friday, August 27, 2021. Born in Gardner, MA, he was the son of the late Edith (Supernor) and Charles A. Hendrickson.

Brian was a 1965 graduate of Holliston High School and a graduate of the College of the Holy Cross in Worcester, MA, where he majored in political science. After graduation, Brian joined the hospitality industry, where he worked for many years as a banquet server/room captain at the Verve Boston Natick, Tapestry Collection by Hilton (formerly the Crowne Plaza Boston Natick).

Brian was an avid reader, as the many piles of books, magazines, and other periodicals in his room attested to. He was a history buff, and later in life discovered the joys of exploring antique stores with his friend Jerry. He was  a lover of all kinds of music, especially rock and roll, Motown, reggae, jazz, and classical. A day didn’t go by when he wasn’t spending hours listening to music.

Brian was also a seasoned world traveler. Some of the countries he visited included Belgium, Canada, China, Czech Republic, England, France, Germany, Panama, Scotland, Spain, and Turkey. He also traveled extensively throughout the US, hiking in many of our country’s national and state parks such as the Grand Canyon, Bryce, Capital Reef, Zion, Redwood, Glacier, Yosemite, Point Reyes, Mount Hood, and others.

One of Brian’s great joys in life was being an active member of Alcoholics Anonymous. Nothing made him happier than sharing his experience, strength, and hope with others or to lend a hand to someone who needed help. He just recently celebrated 35 years of sobriety.

He is survived by his sister, Wendy A. Hendrickson, also of Milford, an uncle, Matthew Ostrowski of West Barnstable, MA, and numerous cousins.

Visitation will be held on Saturday, October 30th from 11am-12pm at the Faith Community Church, 146 E. Main St. Hopkinton. A memorial service will follow in the church at 12pm. Arrangements are under the care of the Chesmore Funeral Home of Holliston. In lieu of flowers, donations may be made in Brian’s memory to The Trustees of Reservations, thetrustees.org/support.