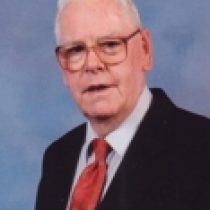 He was the husband of the late Mary (Sullivan) Cashman.

Born in Boston, he was the son of the late John and Bridget (O’Reilly) Cashman.

He served with the U.S. armed forces in Australia during World War II.

He had been resident of Holliston since 1952 and was retired from the A & P Corp., where he had been a foreman.

A Mass of Christian burial will be held Monday, Jan. 26, at 10 a.m., at St. Mary’s Church, Washington Street, Holliston.

Instead of flowers, memorial donations may be made to St. Mary’s Church, Building Fund, 8 Church St., Holliston, MA 01746.