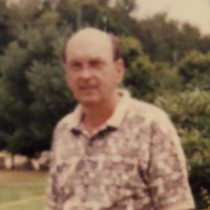 An avid country music lover, Arthur grew up listening to Hank Williams, Buck Owens, George Jones and Merle Haggard. Around the age of 12, Billingham’s beloved grandmother, “Nanny Day”, gave him his first guitar. He swiftly joined a band where he played bass and had a successful stint on 1950’s rockabilly radio. A savvy businessman, Billingham opened his first carpet business at the age of eighteen in Natick. Carpeting many of the buildings in inner city Boston, Arthur would bring along his bass and fill in after his jobs, playing with Chuck Berry at one time and being featured on the studio recording of “Lil’ Red Riding Hood”. Growing up in a golfing family, Billingham became a tenured golf pro, beginning his career leasing Pinecrest Golf Club in Holliston, Massachusetts for many years before going on to own and operate Indian Meadows of Westborough, Massachusetts and Waterford Landing of Savannah, Georgia. Billingham was a talented golfer, winning many tournaments and having the privilege to play with Jack Nicklaus.

Aside from his career accomplishments, Billingham was a family man. Marrying his high school sweetheart, Margaret Mary Sampson on December 6, 1958; they went on to have four children, Kathleen, Kimberly, Skip and Kerry. Arthur was beloved in his community and was a Holliston resident for the past 50 years. You could find him any given day spending time with his best friends, golfing with William Noyes, playing cards with Joseph Gallerani or having lunch at Pete’s. Arthur was a beloved grandfather and great grandfather to his two granddaughters, Kayla Sables and Kamryn Person and his great granddaughter, Ava Bella. Arthur was always there to supply a helping hand, give much needed advice and offer a compliment.

A funeral service will be held on Thursday, December 27th at 2:00 p.m. at the First Congregational Church of Holliston. In lieu of flowers, kindly consider bringing a donation for St. Jude Children’s Research Hospital. A donation box will be available after the service. Arrangements are under the care of the Chesmore Funeral Home of Holliston, www.ChesmoreFuneralHome.com