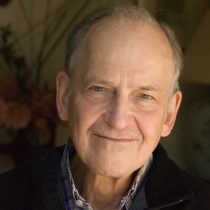 Memorial Service will be held at a later date

Anton O. Kris, 86, of Cambridge, MA passed away on March 11, 2021. Born in Vienna, Austria in 1934, Dr. Kris was the son of the late Marianne (Rie) and Ernst Kris. He grew up in New York City and graduated from Yale University and Harvard Medical School, and he completed his psychiatric training at Massachusetts Mental Health Center and his analytic training at Boston Psychoanalytic Society and Institute (BPSI).

A world-renowned psychoanalyst, Dr. Kris served as a clinical professor of psychiatry at Harvard Medical School and as a Training and Supervising Analyst at the BPSI. For over 50 years, he taught hundreds of psychiatrists and psychoanalysts while maintaining a thriving clinical practice. The author of Free Association: Method and Process, he served on the editorial boards of several of the psychoanalytic journals, on the board of trustees of The Anna Freud Foundation, and as Executive Director of The Sigmund Freud Archives. Among his many awards, he received the Lifetime Achievement Award from the Massachusetts Psychiatric Society (2015) and the Sigourney Award (2020). As the Sigourney awards committee wrote, “Dr. Kris’ work helped provide unprecedented visibility of Freud and psychoanalysis, the value of which will be apparent to future generations of analysts, scholars, historians and the lay public all around the world.”

Dr. Kris was a wise teacher and generous friend. His colleagues and supervisees cherished his warmth and clarity of thinking. He loved his weekly inpatient rounds at Beth Israel Deaconess Medical Center and his teaching commitments at BPSI. In addition to his work as a clinician, he made strong theoretical contributions regarding the nature of psychological conflict and free association. He maintained a full schedule of patients, teaching, writing, consulting, and editing until the day he died.

His greatest love was his family. He is survived by two sons and their wives, David and Jody Kris of Mercer Island, WA and Michael and Deborah Kris of Holliston, MA; four grandchildren, Hannah, Audrey, Marianne, and James Kris; three stepdaughters and their husbands, Laura and Steven Coleman of Boston, Ellen Berkman and David Bryant of Brookline, and Martha and David Winfield of London, England; and six step-grandchildren, Sarah and Madeleine Coleman, Benjamin and Lily Bryant, and Marshall and Rachel Winfield. A two-time widower, he was preceded in death by his wife Dr. Kathryn Beck Kris and his wife Deborah Levy Berkman.

A memorial service will be scheduled for a later date. Arrangements are under the care of the Chesmore Funeral Home of Holliston, www.ChesmoreFuneralHome.com