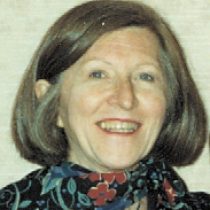 Anne Taylor McGary Hubler, 79, passed away at her home on Monday, April 13, 2009 in Hopkinton, MA. Anne was born on October 6, 1929 in Dayton, Ohio to Walter and Mary McGary. Until the final 1 ? years of her life, Anne was a lifetime resident of Dayton. She graduated from Oakwood High School and was a longtime supporter of the visual and performing arts in Dayton and throughout the state of Ohio. Anne was involved in the Civil Rights
movement and was a member of the Dayton Junior League, working to bring
positive social change to her Dayton community.

From the 1970’s to 2008 Anne actively supported numerous local and
regional arts organizations both in professional roles and as a tireless
volunteer. She was the General Manager of the Dayton Contemporary Dance
Company in its founding years, General Manager of the Dayton Children’s
Theater, President of the Friends of the Dayton Ballet, Manager of
Creativity 80’s programs with the Engineering Department at the
University of Dayton, and President of the Miami Valley Art Quilt Network.
Anne was a member of the Dayton Art Institute, Dayton Visual Arts Center,
Ohio Art League, Ohio Designer Craftsmen, and many local and regional art
quilt groups.

In the early 1990’s Anne started her own art career in fiber art. Her
goal was to elevate fiber art or women’s art, to the status of fine art.
She exhibited her work in numerous galleries across the state of Ohio
including the Governor’s Mansion and the White House’s permanent art
collections. She won many awards including the Individual Excellence Award
from the Ohio Arts Council in 2006, and a lifetime achievement Special
Commendation Award from the Board of County Commissioners and the
Montgomery County Arts and Cultural District in 2008.