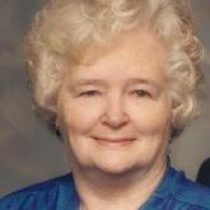 Ann was the daughter of the late Ernest A. Coulter and Ann Marie Richards of Middleborough, Mass. By the time Anna was three both of her parents had died. Anna lived for a short time with her maternal grandparents, Anthony and Anne (Crow) Stockman in South Boston. When they became ill, Anna was made a ward of the state. During her early childhood years Ann lived with several foster care families in the Woburn, Mass area. As a teenager, Anna met her mentor and inspiration when “Aunt Sara” from Acton, Mass. became her foster mother. With Aunt Sara’s help, Anna learned, cooking, flower gardening and seamstress skills which she excelled in for the the rest of her life. In her years at Acton High, she developed many life long friendships, she played tennis, and met Don, “the love of her life” for 62 years. Though an auto accident left her hard-of-hearing, Anna graduated from Acton High School. During World War II, while Don was serving in the Army, Anna joined the woman’s work force as an employee in a Massachusetts defense plant. Don and Anna were married in 1944.
After the war, the couple lived in Maynard where Anna began homemaking. After son’s Ken and Robert were born, the family lived for a time in East Hartford, Conn. where David was born. The family moved to Woodville, (Hopkinton) Mass. in the 1950’s where, in the 1960’s daughter, Paula Ann was born.

Anna loved to travel and Mr.and Mrs. Dowen often went cross country RV camping. They were once members of the Marathon Chapter of the local family campers association. Anna was a talented seamstress who specialized in sewing miniature and collectible doll clothes. She always had flowers growing. Anna loved animals and she cared for many cats and dogs over the years. Health problems in her later years did not keep her down and she was usually smiling, optimistic and anxious to hear about her family and friends.

She leaves her sons, Ken Dowen and his wife Debora, of Southbridge, Robert Dowen and his wife, Marianne, of Clayton, N.C., David Dowen and his wife, Rosely, of Douglas,MA, a daughter, Paula Elliott of Centreville, Va.; 11 grandchildren; and seven great-grandchildren. She was the sister of the late Marie Lent of Wareham, and of the late Ernest Richards of Maryland.
In her last years, Anna appreciated and was grateful for the skilled and compassionate staff at the Lydia Taft nursing home in Uxbridge.
calling hours will be held Thursday, December 27th, 5:00 p.m. to 7 p.m., at the Chesmore Funeral Home www.ChesmoreFuneralHome.com, 57 Hayden Rowe St., Hopkinton.

Burial and a committal service with Father Clifford will be in the family lot in Evergreen Cemetery on Friday, December 28th at 10:00 a.m.
In lieu of flowers, donations may be made to Alzheimer’s Foundation of America at http://www.alzfdn.org/