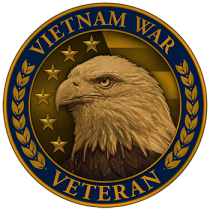 Allan C. Bernard, Sr., 75, of Marlborough, left this world to a peaceful repose on May 24, 2022, after a long illness. Born in Chelsea, MA, he was the son of the late Marie (Landry) and Robert Bernard. He was the husband of the late Edna (MacNeill) Bernard.

Allan served honorably in the United States Army as a door gunner on Chinook during the Vietnam War. After his time serving, he worked at Raytheon.

Allan is survived by two children, Allan C. Bernard Jr. and his significant other, Yolanda and Tami A. Bernard Smithers and her husband, David Baker. He also leaves behind his grandchildren, Sr. Airman Jacob Bernard, Aimee Bernard, Tamela and Caryn, as well as three great- granddaughters; his brothers, Michael, Lanny and Jeff Bernard; his sister, Kathryn Bernard; brother- in-law, Don MacNeill of Hopkinton and many step -children and step-grandchildren.

A graveside service will be held on Thursday, June 9th at 10:00 a.m. at Forestvale Cemetery in Hudson. In lieu of flowers, donations may be made to Lung Cancer Research, http://www.lungcancerresearchfoundation.org/ Arrangements are under the care of the Chesmore Funeral Home of Hopkinton