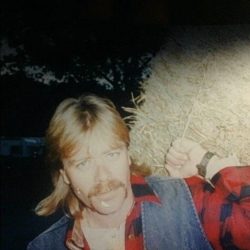 Thomas Michael Burns, 60, of Bellingham and a former longtime resident of Holliston, passed away of a sudden heart attack on Saturday, June 8, 2019. Born in Framingham, he was the son of the late Thomas F. Burns, who recently passed away on April 2nd, and the late Nancy (Coolidge) Burns.

Tom was raised in Holliston and lived and worked on his family’s farm, “Oxbow Farm”. For over 30 years, he took pleasure in participating in various fairs, including the Fryeburg Fair, and was a member of the New England Ox Teamster’s Association. Tom was well liked and well known in the Holliston community. He was also known to the Franklin community, as he spent time watching his son play baseball.

He is survived by three children,  Thomas Michael Dewar and his wife, May, Justin Burns and his wife, Alyssa, and Shane Burns. He also leaves behind his siblings, Patricia Burns, Michael Burns, Stephen Edward Burns, Colleen Jacobson and her husband, Dr. Edmond Jacobson, and Nancy Dubin and her husband, David; as well as two grandsons, Max and Mason Dewar and his longtime girlfriend of 24 years, Marie.

Visitation will be held on Thursday, June 13th from 9:00-11:00 a.m. at the Chesmore Funeral Home of Holliston, 854 Washington St. www.ChesmoreFuneralHome.com A service will follow visitation in the funeral home at 11:00 a.m. Burial will follow in St. Mary’s Cemetery, Holliston. A mass in Tom’s memory will be said on Sunday, August 25th at 9:00 a.m. at St. Mary’s Church.