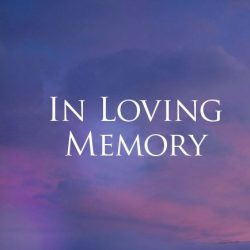 Pauline Carol Alessi, 62, of Boston, passed away Monday, April 15th, 2019.  She was born in Boston, Massachusetts to the late Salvatore and Phyllis (Mattson) Alessi.

Pauline was known for her compassion towards others, especially those in need of help.  She was always willing to sacrifice anything in order to aid them.  Pauline worked various jobs from heavy equipment operator at construction sites to becoming a certified nurse’s aide in a local Boston medical center. Pauline often spent her free time volunteering at various locations, particularly soup kitchens in Boston.  Her other great passion in life was taking care of and training her beloved parrots.

She is survived by her longtime boyfriend, Alvin Alemany of Quincy.  She also leaves behind her brother, Tony Alessi of Holliston; sisters, Anne Murray of Uxbridge, June Bushee of Dedham, and Janet Lewis of Sandown, New Hampshire; as well as many nieces and nephews.