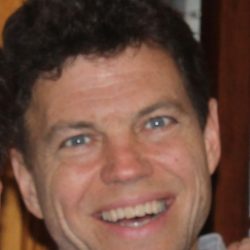 Michael Thompson, M.D., 57, of Holliston, passed away May 19, 2019 at the Elizabeth Evarts de Rham Hospice Home in Cambridge. Born in Toronto, Canada, he was the son of Lynn (Armstrong) Thompson of Holliston, and the late Samuel John Thompson.

Besides his mother, Lynn Thompson, Michael is survived by two children, Mary Thompson and Matthew Thompson, both of Canton; his twin brother, Matthew Thompson and his wife, Virginia of San Juan Capistrano, CA; his sister, Leslie Nicholas of Austin TX; three nephews and two nieces; as well as his former wife, Angela Nervi.

Visitation will be held on Thursday, May 23rd from 4:30–7:30 p.m. at Chesmore Funeral Home of Holliston, 854 Washington St.  A funeral service will be held in the funeral home on Friday May 24th at 10:00 a.m. Burial will follow at Knollwood Cemetery in Canton.  In lieu of flowers, donations may be made to the Elizabeth Evarts de Rham Hospice Home, 65 Chilton St, Cambridge, MA 02138.