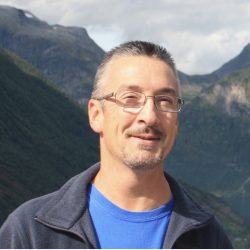 John Paul MacNeil, 51, of Hopedale, and a former longtime Franklin resident, passed away peacefully surrounded by family and friends on Thursday, October 10, 2019. Born in Milford, he was the son of Janet (Surette) MacNeil of Franklin and Charles MacNeil and his wife, Russanne of Andover. He was the beloved husband of 10 years to Alison (Gillis) MacNeil of Hopedale.

A 1986 graduate of Tri-County, John Paul worked for the Franklin DPW for nearly 20 years. He was a 4th degree black belt in Hapkido and took pleasure in traveling with his wife. He enjoyed scuba diving, snorkeling and hiking and was always good for a laugh. He was a fiercely loyal friend and was always willing to help anyone who asked.

Visitation will be held on Friday, October 18th from 4:00-8:00 p.m. at Ginley Funeral Home, 131 Main St. Franklin. A funeral mass will be celebrated at 10:00 a.m. on Saturday, October 19th at St. Mary’s Church in Franklin. Burial will be held privately at a later date. In lieu of flowers, donations may be made to Milford Humane Society,  289 West St, Milford, MA 01757 or milfordhumane.org

Arrangements are under the care of the Chesmore Funeral Home, family friends of the MacNeil Family.