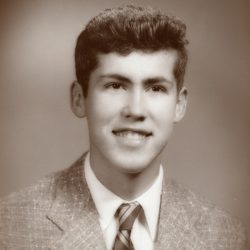 Donald C. LaRoche, 80, of Holliston, passed away Thursday, September 20, 2018 at Golden Pond Assisted Living in Hopkinton. Don was the husband of 48 years to the late Angela M. (D’Aloia) LaRoche.

Don was a member of the Army Reserve and worked for 35+ years at Commonwealth Gas where he met his wife Angie. He was an avid Red Sox fan and a much-heralded pitching prospect at Bartlett High in Webster.  Don and his family called Holliston home and enjoyed many summers along the Maine coastline (York and Kennebunk).

Visitation will be held on Monday, September 24th from 9:15-10:15 a.m. at the Chesmore Funeral Home, 854 Washington Street in Holliston. Following visitation, a funeral mass will be celebrated at 11:00 a.m. at St. Mary’s Church of Holliston. Burial will follow in the parish cemetery. In lieu of flowers, donations may be made to Holliston Pantry Shelf (hollistonpantryshelf.org) or St. Jude Children’s Research Hospital (stjude.org).